Today, February 6 marks the 50th anniversary of American astronaut Alan Shepard on behalf of humanity for the first time golfing on the surface “Ms. Hang”. 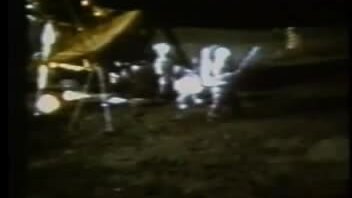 Alan Shepard golfed on the Moon in 1971

On February 6, 1971, Shepard – commander of NASA’s lunar landing mission – got out of the Apollo 14. He took out a white round object and told the audience on Earth that “this is familiar to millions. American”. In fact Shepard took out two golf balls and then hit them with the number 6 iron called “Moon Club”. The tip of this club weighs 467 grams and the handle consists of several parts that are designed to be flexible, so that it can be shortened or lengthened completely.

The golf show on the moon is the idea of ​​Shepard, to demonstrate its gravity difference with the Earth.

In his bulky cosmic outfit, Shepard could not hold the staff with both hands. Hence, he swung it with his right hand, a total of four times. The first two times were on the dust of the Moon and did not hit the ball and the third “scooped the ground”. In the fourth shot, Shepard entered the sweet ball. “It flies for miles,” he told the audience.

Initially, the ball was estimated to be 200 yards. But on later visual analysis, experts determined that the third shot was 24 yards and the last hit 40 yards with the ball hovering for almost 30 seconds.

This is due to the influence of the Moon’s environment, with gravity six times less than Earth. Therefore, a 200 yard global kick would go to 1,200 yards of the moon, or a one meter jump equals six meters above the surface of “Sister Hang”.

To prepare for the performance, Shepard had to practice escape bunkers on a golf course in Houston in an astronaut suit weighing 90.7 kg.

Shepard donates “Moon Club” to the American Golf Association (USGA) at the 1974 major US Open on Winged Foot. Currently, it is displayed in the USGA Museum in New Jersey. Shepard died in 1998.