Modestas Bukauskas’ leg was deformed because of Khalil Rountree’s knock-out kick at UFC Vegas 36 on September 4.

After an impressive start with a series of heavy hits to the head, in the middle of the second half, Rountree decided to throw an oblique kick when Bukauskas was about to hit the left hook. Bukauskas, after being hit by his opponent’s knockout blow, collapsed to the ring in pain. Slow motion shows that Bukauskas’ leg is deformed. 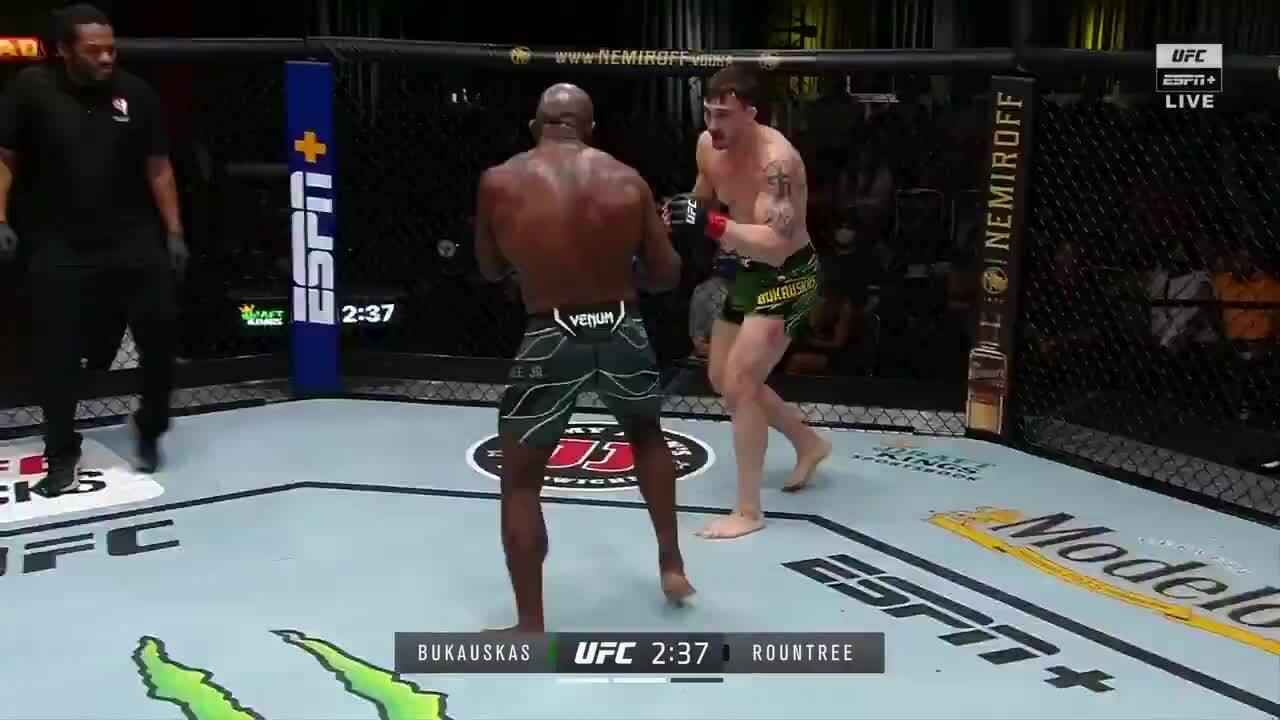 Referee Herb Dean immediately intervened, and stopped the game after two minutes and 30 seconds of the second half. The medical staff entered the octagonal cage to give first aid and bandage Bukauskas. The British boxer then limped out of the arena with his left leg tight.

Rountree was awarded a technical knockout, and got his first win since 2019. However, he was not happy, but expressed concern for his colleagues. The American boxer also folded his hands to apologize to the audience present at the arena.

“I studied that kick. I knew it was the move I wanted to do when the time came,” Rountree said of the post-match decisive strike. “I entered the octagon with the goal of winning. I faced the fear after the losing streak, and knew what I needed to do.”

Rountree’s move once again sparked controversy regarding the oblique kick. Many boxers think that this technique should be banned because of the danger to the person who gets hit. “I hate that kick. It could end a boxer’s career,” wrote Jimi Manuwa.

“That’s why this attack must be banned. It’s horrible,” Jamahal Hill emphasized. “And now what? It was a victory, but the price was too high,” said Juan Francisco Espino.