JapanDutch runner Sifan Hassan won the second gold medal at the Tokyo 2020 Olympics, when he finished first in the women’s 10,000m on the evening of August 7.

Gidey was the strongest candidate before the competition. The Ethiopian runner holds the world record in the women’s 10,000m distance with 29 minutes 01 seconds 04, in the Ethiopian athletics selection competition for the Tokyo 2020 Olympics on June 8. Gidey that day broke Hassan’s own record of 29 minutes 6 seconds 82 set two days earlier, to more than 5 seconds.

Gidey’s number one position is clearly shown through the evolution of the competition on the Olympic field, but suddenly happened at the end. 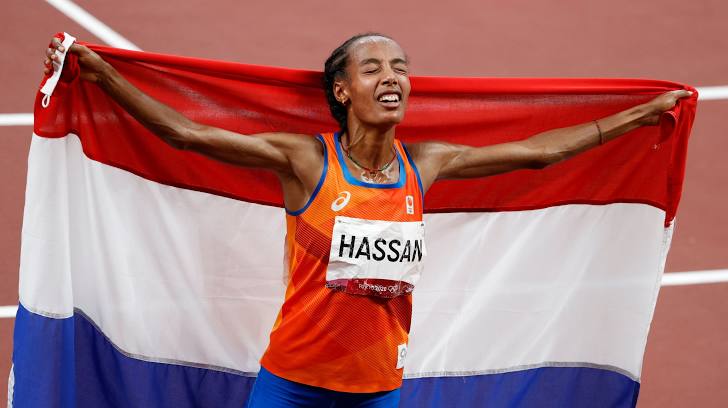 Sifan Hassan won the 10,000m gold medal at the Olympics

After 20 minutes, there were only four names left in the race, with Gidey leading the way, followed by Hellen Obiri, Hassan and Kalkidan Gezahegne respectively. Gidey held the first place to the 9,800m mark, but lost his breath at the decisive moment and only finished third.

Hassan this time chose the strategy of hiding from the wind and persevered with that tactic, instead of exerting strength from the beginning and then exhausted when approaching the finish line like in the 1500m content. It was Hassan who ran after Gidey at 9,800m, and she sped up perfectly when running the last 100m in just 13 seconds 6 to finish first with 29 seconds 55 seconds 32.

Thanks to his victory in the 10,000m race, Hassan successfully closed the Olympics with his second gold medal, after the first at 5,000m. However, the Dutch runner could not realize his golden hat-trick dream in Tokyo this time, as he finished third in the 1500m final, despite leading most of the time.

“I was very happy and cried during the medal ceremony,” Hassan said. “After finishing the race, I realized that the 2020 Olympics are over. The competitors are all very strong, and I am happy that the race is over.”