After 12 rounds without knock-out, Ugas won thanks to the referee score 115-113, 116-112, 116-112. The 35-year-old Cuban boxer successfully defended the championship belt. In September 2020, Ugas defeated Abel Ramos to win the WBA (Regular) welterweight title, before being promoted to the WBA (Super) title.

The WBA Super welterweight belt originally belonged to Pacquiao, when he defeated Keith Thurman by referee points on July 20, 2019. But by the beginning of 2021, the WBA had stripped the legendary Filipino boxer’s championship belt after a long time of not competing, and handed it back to Ugas himself.

When losing to Floyd Mayweather in the unification of the world welterweight championships (WBC, WBO, WBA) in 2015, the Filipino boxer also launched more hits, but only achieved a 19% accuracy rate.

“I’m very happy with this win. I said I’m the WBA champion, and I proved it tonight. Pacquiao is a tough opponent, but I’m here to prove I’m the champion. I respect Pacquiao but I won,” said Ugas. 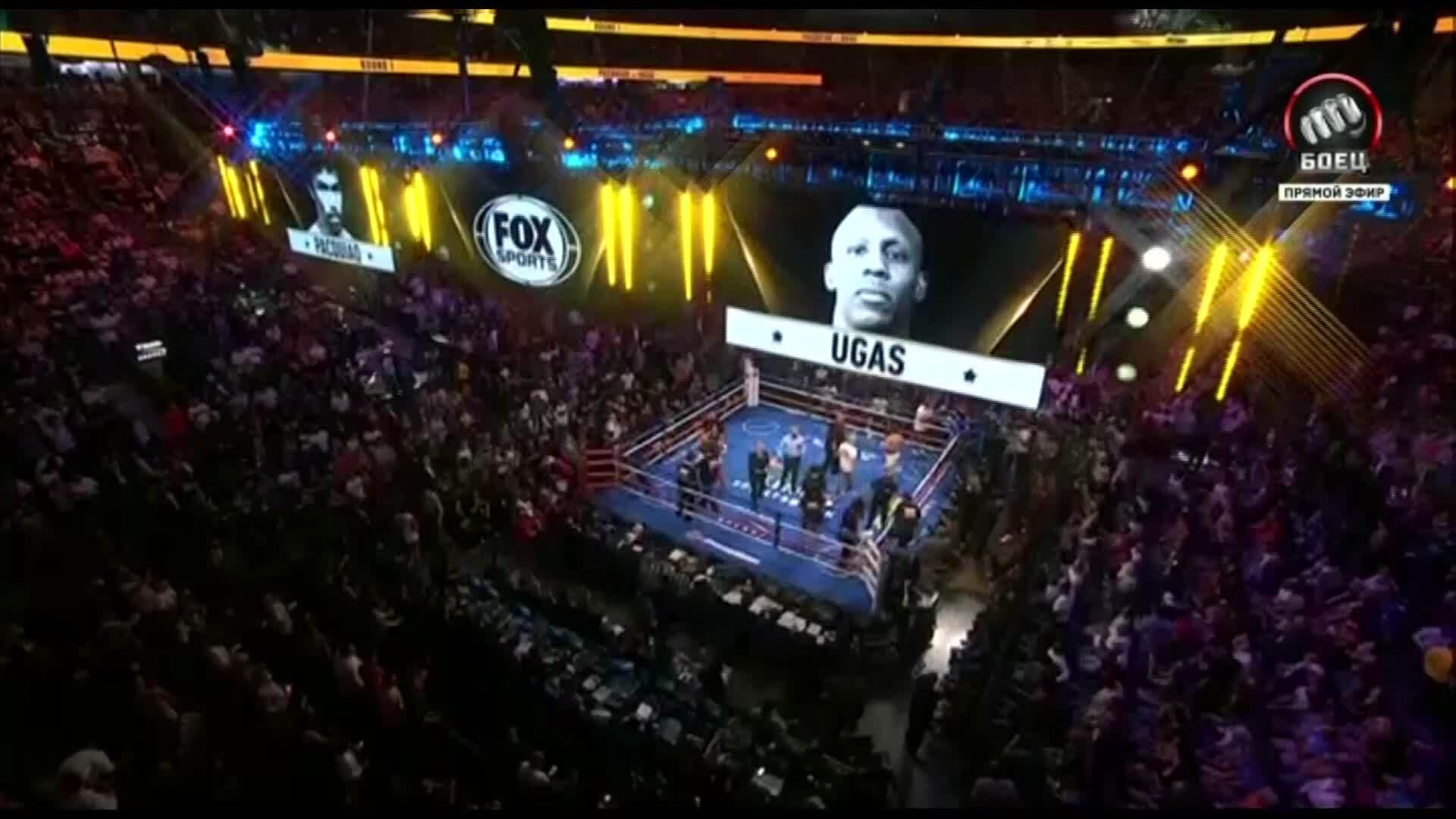 Pacquiao joined the initiative in the upper stage at T-Mobile Arena, Las Vegas, when consecutive attacks, force the opponent to the corner of the ring. Ugas was cautious, and started hitting left shots on target in the second half.

The Cuban boxer took the advantage from the sixth round, with a series of accurate strikes in the late period. Twice Ugas punched Pacquiao in the face, but he couldn’t finish the fight. Meanwhile, at the age of 43, Pacquiao has declined in fitness and no longer has heavy attacks in the last four rounds.

In the 12th round, Ugas tried his best to find a knock-out victory, but failed. However, he still defended the title thanks to the referee’s points. This is an impressive result because Ugas only had 11 days to prepare for the fight with Pacquiao. According to the schedule, Pacquiao will fight middleweight champion Errol Spence Jr – who holds the IBF belt from 2017 and WBC from 2019 at T-Mobile Arena. But Spence withdrew due to an eye injury, and Ugas was selected instead.

The fight against Ugas could be Pacquiao’s last fight, as he leaves the door open for retirement to pursue a career in politics. The Philippine presidential election will take place in 2022 and Pacquiao is predicted to be a likely candidate to run for the election.

“I don’t know if I will continue fighting. Let me rest and think more,” Pacquiao said after the match. “The last announcement to run for President of the Philippines was in October. I want to help the Filipino people. I will make the final decision next month. I know I face a big and difficult test. than boxing matches.”