CroatiaOn March 27, 54-year-old diver Budimir Buda Sobat broke the world record set by himself after holding his breath underwater for 24 minutes and 33 seconds. 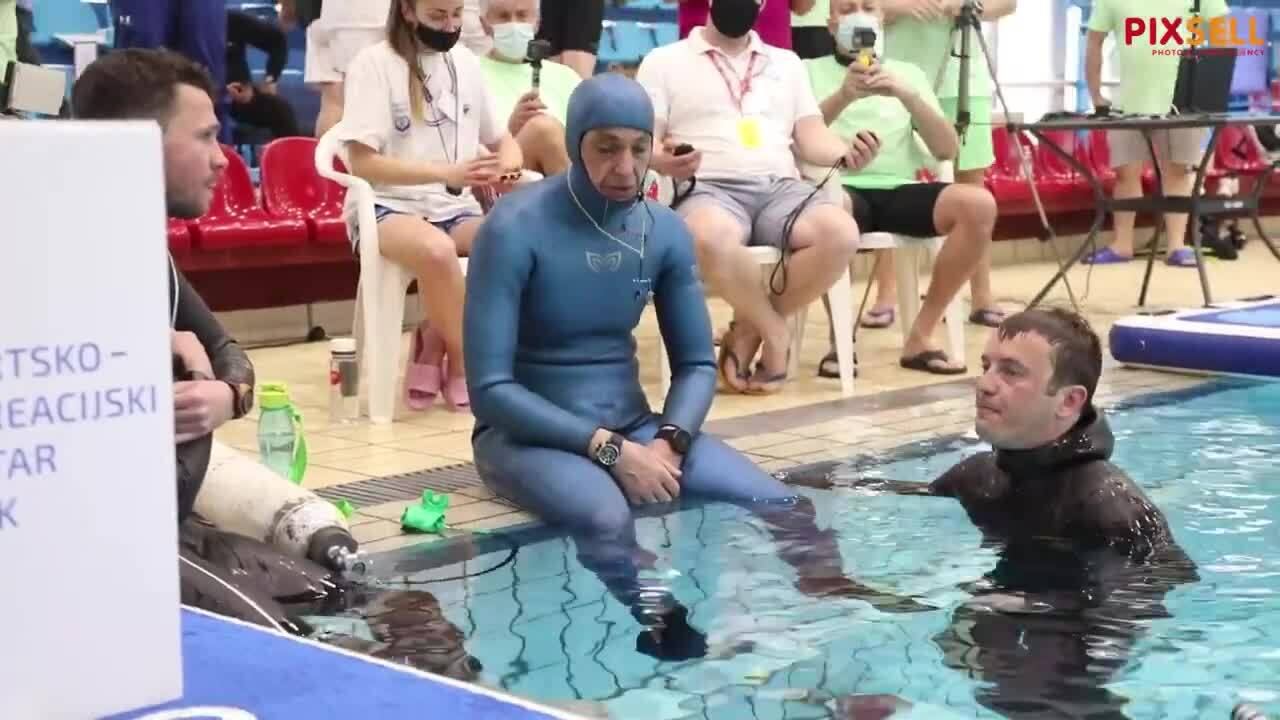 Sobat’s new record is up to 22 seconds better than the old record for the longest holding time under water he himself set – 24 minutes 11 seconds – in 2018. Swimming in the city of Sisak, under the supervision of doctors, reporters and supporters.

Long holding of breath seriously affects the body, especially the brain. After 18 minutes of holding his breath, Sobat began to experience involuntary convulsions, muscle spasms due to lack of oxygen. Therefore, his record-breaking effort was continuously and thoroughly monitored by doctors, experts and medical officials.

In order to hold his breath underwater for so long, Sobat spent years training his body to pump blood and oxygen at a very slow rate, especially to the brain, to maintain oxygen for a long time. Also, before performing at Sisak, Sobat inhaled pure oxygen to increase oxygen levels in the body.

According to the Daily MailSobat tries to set a new record in hopes of raising funds for his hometown – the city of Sisak – which was devastated by a strong earthquake that rocked Croatia in December 2020. All of the proceeds will be used to help rebuild the facilities of the Sisak-Moslavina County Disability Association, which was also destroyed in the earthquake.

The 54-year-old diver also gave a record to Saša – a 20-year-old daughter who fought with cerebral palsy, autism and epilepsy since childhood. “I try to dive for as long as I can, according to what I have learned, so that I can beautify my homeland and help people here,” Sobat said.