The complex terrain and the history of hosting prestigious tournaments help the Lake course of the Olympic Club golf complex in San Francisco to host the women’s major of the American Golf Association (USGA).

The prize starts on June 3 with a prize fund of 5.5 million USD. This is the first time the women’s major has come to Olympic Club, on par71.

Hole 1 and hole 13 have a difference of nearly 62 meters, considering the highest and lowest points. However, if you walk all the way – the duty in professional golf, the players will have to go through a height difference of up to 355 meters, equivalent to a 110-story building.

Besides, the distance is also a great physical challenge. Because besides the 6,486 yards long course in a straight line, the golfer also adds a total of 1,561 yards when moving from hole to hole, in and out of the practice area – warm-up. As such, they are more likely to walk at least seven kilometers a day.

Fairway is another story. They are narrow and mostly resemble “uncomfortable pits” because of their direction against the terrain. Holes 4 and 5 are considered the most annoying. Fairway pit 4 turns sharply from right to left, but its surface slopes in the opposite direction. And hole 5 is a reciprocal copy of hole 4.

In that condition, in order to get into a good spot on the fairway, the golfer must choose the direction of play so that the ball goes over the slope or bends the trajectory along its path. Therefore, someone from the tee will risk cutting the jungle to get to a good spot, or avoid the jungle and accept to hit the ball lower than the foot on the second shot.

Both sides of holes 4 and 5 have high rows of cypresses, so if they slip on the fairway, they can both escape the rough grass and dodge the trees on the second shot. 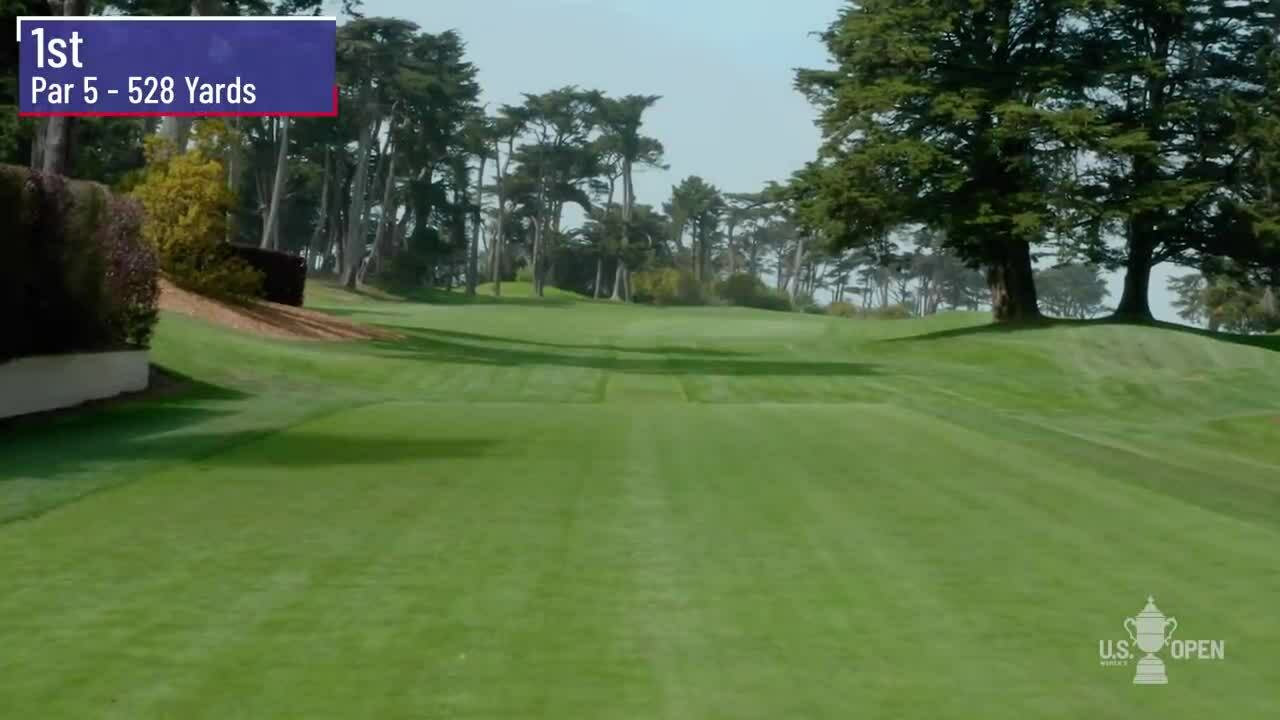 Particularly at the turning point, if hitting the inside, the golfer must save the ball to the target from the beginning of the hole. In the case of an out-of-turn, the direction up to the green is still there but the distance is longer.

The final stage – hole 18 is a short par4 because it is only 326 yards according to the original design standards for the pro. This fairway pit is narrow, pouring left to right. According to analysis from Golfweek, if going to the right after the first shot, the golfer on the next swing must dodge a large tree growing alone but blocking the direction of play and three bunkers ahead. And when approaching the green in the second shot, the safest way is to “miss” because if the ball goes over the hole, it will enter the bunker or even enter but it will be difficult to keep par.

In parallel with the terrain challenge, the US Women’s Open 2021 player must solve the weather problem. The weather agency predicts San Francisco will be foggy, windy, overcast and the air temperature will fluctuate in the range of 10-15 degrees Celsius. At that time, the competitors will need to adjust the selection of sticks and technical expertise. , because the ball will go shorter than usual.

From 1955 to 2012, the USGA held five major US Open men’s tournaments at Ho Lake. In addition, this place is also the battlefield of the closing event of the PGA Tour – Tour Championship 1993-1994. In the future, it will host the 2028 PGA Championship major of the American Professional Golf Association, the 2032 Ryder Cup – the world’s most attractive men’s team golf tournament, between the US and Europe teams.

The Lake Court opened in 1927, originally co-designed by William Watson and Sam Whiting. In 2009, architect Bill Love was in charge of renovation, making a brand new 8 hole right below the assembly hall. Seven years later, the yard rebuilt the bunker. Recently, architect Gil Hanse submitted a master plan to renew the lake yard with an expected implementation schedule this year.

Quoc Huy (according to Golfweek)