Bubba Watson only has the shaft left, due to the driver’s head flying after the ball after entering the par4 2 hole in the second round of the Travelers Championship on June 25. 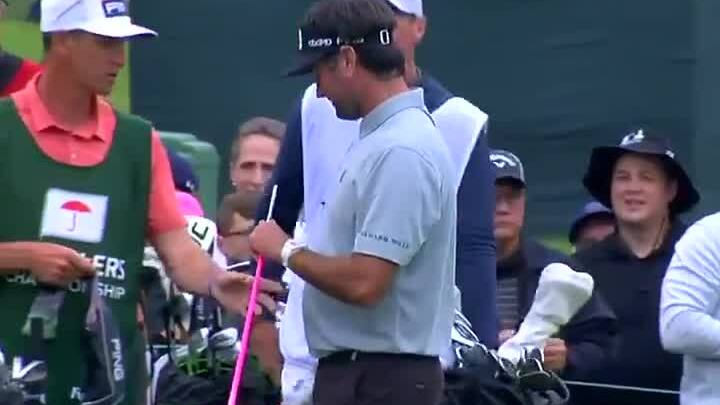 However, the ball still went 295 yards after the incident, to the left of the fairway. Watson hit the green on his second wedge and then scored a birdie from a 3.3-meter putt.

“The fracture was right in the shaft. Luckily Dustin Johnson was out of line of sight and the clubhead didn’t reach the crowd. No one was hurt. When it hit, no one in the group knew where the ball was going, because when we hit we were just practicing. Which direction does the center of the club point? If I purposely aim at people, the target is probably Brooks Koepka. But I miss,” Watson said while making a joke.

According to article 4.1 of the current Golf Law, updated in 2019, Watson has the right to replace the driver because the club itself is damaged. It states: “A competitor may continue to use or repair a damaged club during the round, regardless of the cause, including the event of failure due to his/her temper tantrum. However, the player may not replace the damaged club, unless the club is damaged by external or natural forces or by someone outside the range of play”.

In 2015, Watson also had a driver failure when he and the US team competed in the Presidents Cup with the International team in Korea.

Yesterday, Watson entered the game from the second half of TPC River Highlands, par70. First half round, he didn’t bogey, just a birdie. The rest, he added four birdies, including the 2nd hole and the last bogey – the 9th hole due to a putt failure 1.5 meters away.

Closing the match 66 strokes, Watson stood T2 with an -8 score after 36 holes, one stroke away from Jason Day at the top of the table. He has won the Travelers Championship three times, most recently in 2018.