JapanIn the decisive jump on the evening of August 1, Yulimar Rojas broke the 26-year female triple jump world record, and won a gold medal at the Tokyo 2020 Olympic Games.

Rojas performed six jumps in the final on the evening of August 1. In the first turn, she achieved a time of 15.41m, thereby breaking the Olympic record set by Cameroonian athlete Francoise Mbango at the 2008 Beijing Olympics (15.39 m).

This achievement helps Rojas maintain the lead in the next jumps. The Venezuelan female athlete achieved 14.53 m in the second round, 15.25m in the fourth round, and no points were counted in the third and fifth rounds.

But in the decisive turn, Rojas, with a relaxed mentality, was ecstatic to reach 15.67m. This parameter broke the world record that has existed for 26 years, set by Ukrainian legend Inessa Kravets with 15.50 meters since 1995.

Rojas burst into tears when the referees raised the white flag, determining the last jump was valid, meaning the result was recognized. She is a top candidate for a gold medal when she is ranked one in the world. Portuguese athlete Patricia Mamona won the silver medal with 15.01m, while the bronze medal went to Spanish athlete Ana Peleteiro with 14.87m. 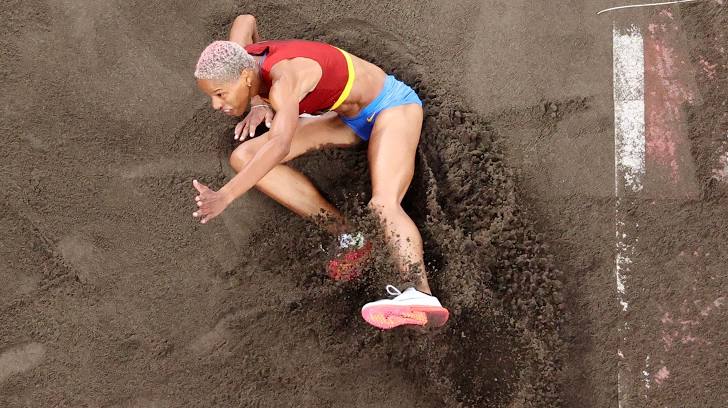 “It is not surprising that Venezuelan athlete Yulimar Rojas won a gold medal in the women’s triple jump final and set a world record,” the Olympic website wrote.

At Rio 2016, Rojas only achieved 14.98m and won a silver medal. Five years later, the athlete born in 1995 completed the goal of changing the medal’s color and setting a world record.

“I’m speechless, I can’t describe this feeling and this moment. Gold medal winner, with an Olympic record and a world record. It was a great night,” Rojas shared. touch.

Rojas also brought home the first gold medal for Venezuela at this Olympics. Before that, this South American country had three silver medals in mountain biking and weightlifting.