Playing for Australia for the first time at Tokyo 2020, Cameron Smith decided to add “AUS” to the mullet that he loved for a long time.

International golfers often know Smith through his mullet style – short hair in the front and ears, long behind. This style was initiated by the band Beastie Boys and popularized with the release of the song “Mullet Head” in 1994.

This week, Smith showed up at the Kasumigaseki Country Club – the Olympic golf venue this time with the same mullet style but on a “new level”. He added “AUS” (Australia for short) to the sides of his head, just above the earlobe. 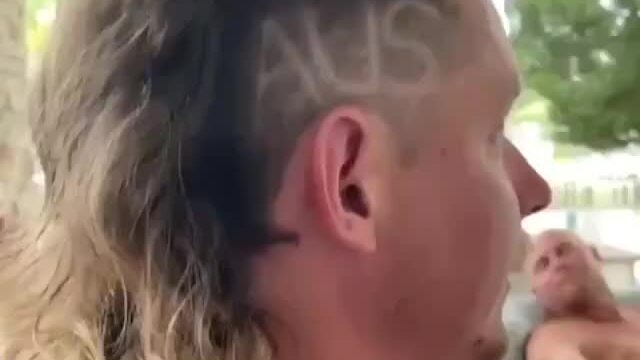 Cameron Smith shows off new hair at the 2020 Olympics

“It’s the Olympics. I don’t have the opportunity. I think I should make room for Australia to chant, from both sides of the melon. It’s only been a few weeks since I thought about it. I’m also satisfied with the finished product,” Smith explained. witty about the above hairstyle Golf Channel on 7/27.

Marc Leishman – close friend and senior teammate in the Australian team only laughed when asked about Smith’s hairstyle. “Oh honestly, I don’t do that hairstyle. I have to let Cam do it,” he joked about his teammates’ modified mullet that arose out of national pride. Smith was born in 1993, 10 years younger than Leishman.

In April, Smith and Leishman used the “mullet” as their “brand identity” on their way to winning the Zurich Classic – a team stroke event on the PGA Tour in Louisian.

At that time, Leishman bought the fake mullet hair for $ 18 from Amazon a week before the tournament, choosing the right song that started the hairstyle to serve as the team’s theme song on the way to the pit. Both see it as an inspiration to compete.

And Smith promised his girlfriend to quit the mullet if she won the tournament. But in the end that’s the promise for… fun. “Maybe I have to apologize to my girlfriend because this hairstyle is now an essential part,” Smith said after carrying Leishman with the trophy and the $ 1,069 million prize logo each.

With the Zurich Classic 2021, Smith won the PGA Tour for the third time, while Leishman won the sixth time.