Tyrrell Hatton used his right foot, and Marc Leishman used both hands to vent his frustration on the club, due to a failure in the second round of the major at Royal St. George’s on July 16.

Same starts from hole 1, but Hatton is seven holes behind Leishman.

On the 18th hole, Hatton wanted to enter the green with a wedge, but the ball hit the edge of the hole and flew out near the rough. Watching the ball go unsatisfactory, Hatton, still indifferent, tapped the clubhead lightly on the ground and then hit the shaft with two kicks.

The wedge has not broken completely after receiving the blow. But in the end, it split into two parts after the master’s break. 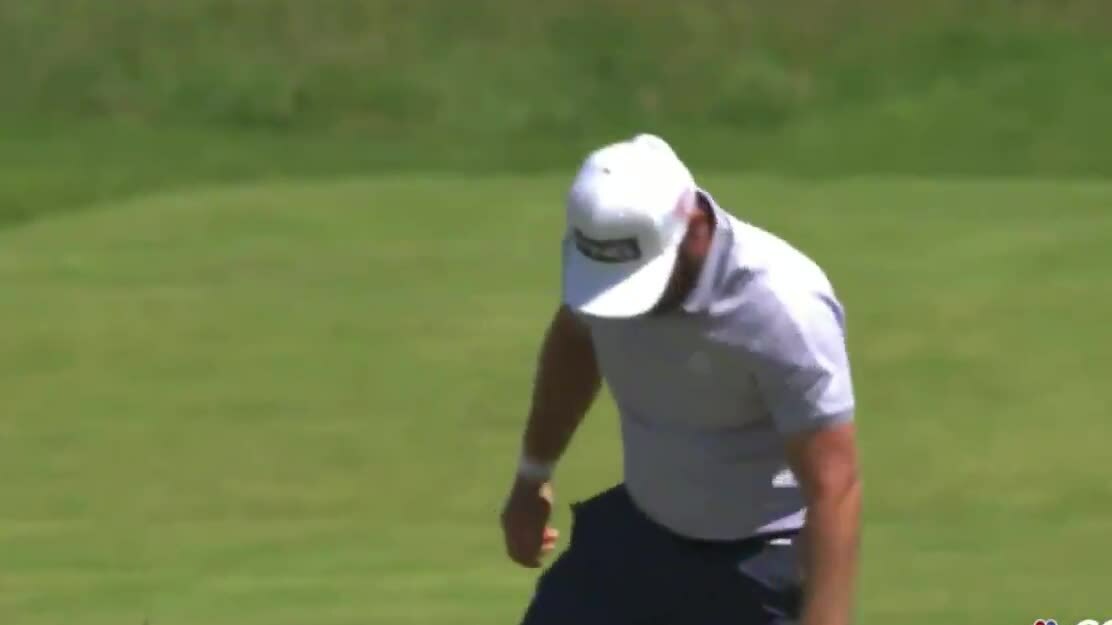 Hatton casually handed the damaged item to the caddy, continued his work with a chip and closed the hole with a putt. With the final par, the British golfer finished the round with 70 strokes, scoring +2 after 36 holes.

He had also acted rudely on the 11th hole. Having double bogey this pin, he pointed his middle finger at someone in the crowd near the green. On the way to the 12th hole, Hatton turned around and mumbled “what a bullockfuck”.

Leishman was ahead of Hatton. The player from Australia looked tired because of many failed attempts in the first half of the field. On the 10th hole, he failed again on the green handling. At this time, Leishman, 1.88 meters tall, weighing 91 kg, got angry and broke the putter – putter with two hands without a support like the knee or the ground like Hatton.

Due to damage to his gear, Leishman had to use a wedge to finish on the green until the end of the game. He kept par 4.5 meters away on hole 11, birdie on 12 and both last holes.

“Maybe I’m hotter than usual. Of course, I didn’t mean to. And I wasn’t like that before,” Leishman said at the end of the round. Despite scoring -3 for the second round, Leishman was at +2 after two days. He and Hatton both left The Open due to the +1 cut.

Hatton is notoriously grumpy on the PGA and European Tour for his many failed shots on the court, including at the 2019 Scottish Open, the 2020 CJ Cup and the latest at the WGC-Dell Technologies Match Play in March.

Hatton was born in 1991, owns six European Cups and a championship in the US golf arena. He is ranked 10th in professional golf in the world (OWGR table). Leishman is eight years older than Hatton, 23 places behind OWGR but to six PGA Tour titles.