JapanFor the first time in 109 years, a gold medal in a single event at an Olympics was awarded to two athletes, with Mutaz Essa Barshim and Gianmarco Tamberi in the men’s high jump. 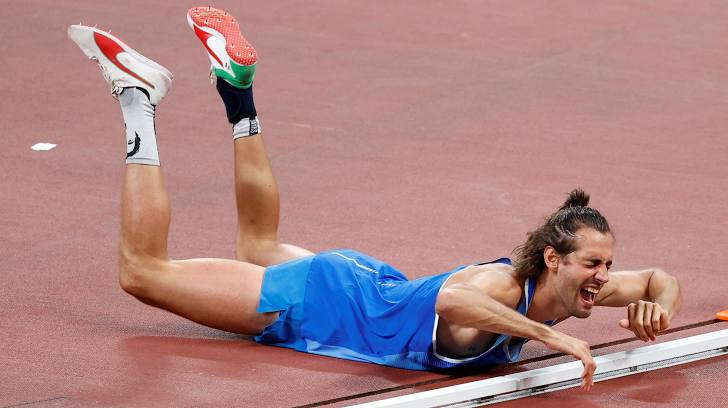 In the final competition on the evening of August 1, Barshim and Tamberi did not jump once, from the first bar to the level of 2m37. When raising the bar to 2m39, these two athletes failed to perform in three jumps.

Then, Barshim and Tamberi are equal in all stats on previous jumps. The referee, therefore, asked them to make one more play-off jump to decide the winner.

But these two athletes consulted for a while, then Barshim asked: “Can we have two gold medals?”. After the referee nodded, Barshim and Tamberi shook hands and hugged each other, then cheered and shared their joy with their loved ones in the stands.

Follow Fox SportsThis is the first time in 109 years that an Olympic gold medal has been awarded to two athletes in the same event. The last time this happened in the pentathlon (pentathlon) and decathlon (decathlon) in Stockholm 1912.

Tamberi once conquered the bar of 2m39 at the 2016 Diamond League in Monaco, but could not replicate this achievement at the Tokyo 2020 final on the evening of August 1. Meanwhile, Barshim changed the color of medals at the Olympics, after bronze at London 2012 and silver at Rio 2016.

Before realizing his golden dream at Tokyo 2020, Barshim won gold at the 2017 World Championships in London and 2019 in Doha. This Qatari athlete also owns the second highest jump in history when he conquered the bar at 2m43, only after the world record of 2m45 set by former Cuban athlete Javier Sotomayor in 1993.

The fact that two athletes won the same gold medal means there is no silver medal in this content. Belarusian athlete Maksim Nedasekau also conquered the 2m37 bar, but he failed once at the 2m19 bar, once failed at the 2m35 bar, and only received a bronze medal.