Bryson DeChambeau lost $ 450,000 when the ball circled the 18th hole – the last hole The Players Championship – the main event of the PGA Tour. 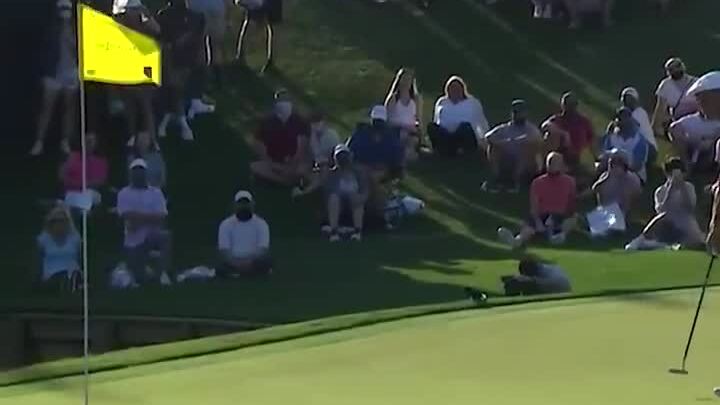 Bryson with his second putt in hole 18

In this phase, DeChambeau is nearly 5.7 meters from the hole with a birdie chance. But the “evil” ball refused to get in the first put, so DeChambeau kept only par at the second putt, 7 cm away.

But if birdie hole 18, DeChambeau will go to T2 with Westwood. At that time, each person received $ 1,335 million. British Golfer Westwood was born in 1973, 20 years older than DeChambeau.

Closing day, the two fought in the same group. Westwood birdie hole 18, 4.2 meters away. Assuming Westwood closes par points while DeChambeau birdie, the bonus for the American player will increase by 750,000 USD. Because at that time, DeChambeau was second alone and Westwood down to T3. With a total prize pool of $ 15 million, The Players Championship holds the top prize in golf.

And yesterday with Westwood -DeChambeau on the last leg, the PGA Tour for the second time in 20 years recorded the final start of the golfer pair on the closing day of two consecutive stroke-play events. First time in 2006, with Adam Scott and Vijay Singh in Tour Championship 2006 and Tournament of Champions 2007.

On March 7, Westwood and DeChambeau also competed in the same group, competing hand in hand at the Arnold Palmer Invitational at Airport Hill. At that time, DeChambeau won the championship after the last par hole, 1.5 meters away, took 1.674 million USD and Westwood finished second with 1.013 million USD.