Kibiwott Kandie finished at 57 minutes 32 seconds of the men’s half marathon in the Valencia, Spain run on December 6. 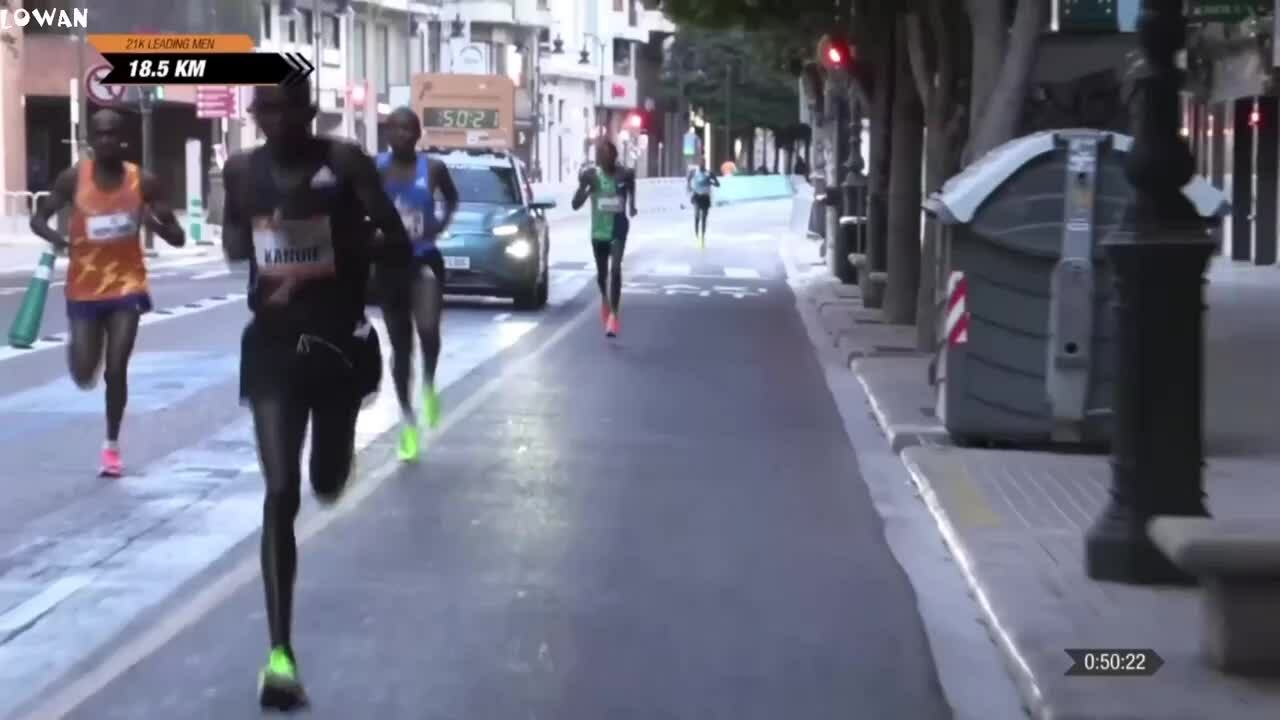 Kandie, thereby, became the first person in history to run a half marathon (21.0975 km) in less than 58 minutes. According to the Guardian, shoes with maximum support are the factors that help him achieve outstanding achievements. The 24-year-old runner said: “Breaking the 29-second record is a huge achievement and I’m happy to make Kenyans happy.”

On December 6, Kandie led the race when he finished 5km with a record of 13 minutes and 37 seconds. When he hit the 10km mark, the clock scores 27 minutes 25 seconds. From km 14, Kibiwott Kandie began to accelerate and he hit the 15km mark at 41 minutes 10 seconds. Following him in the race were fellow Kenyan, Rhonex Kipruto and Ugandan rival Jacob Kiplimo.

In the next 5km, Kandie and Kiplimo take turns leading. But at the 21st kilometer, Kandie made a spectacular speed to finish first. Kiplimo finished second with a record of 57 minutes 37 seconds. Kipruto came in third when he hit the 57 minute 49 second mark. Another Kenyan runner, Alexander Mutiso, finished fourth with “sub 58”, with 57 minutes 59.

Kandie’s record is the third world record set in Valencia in just the past two months. In October, Joshua Cheptegei and Letesenbet Gidey also broke the records of 10km and 5km respectively.

According to the GuardianMost of the record family members choose shoes that support well with carbon padding, create thrust like springs, to increase their individual performance. Many professionals are uncomfortable with the application of technology in races, but the World Athletics Federation (IAAF) approves these options.

However, the records may be mixed after the IAAF announced on December 6 that it would delay the ban on the use of the footwear supporting athletes.

Kandie was born in 1996 in Kenya. In October, he won a silver medal for the half marathon at the 2020 World Championship in Gdynia, Poland. This year, the 24-year-old has played mostly half marathon and are all around 58 minutes.

In the Half Marathon for women yesterday, Ethiopian Genzebe Dibaba won with 1 hour 05 minutes 18 seconds.