Erik Van Rooyen broke his club and damaged his tee marker with a temper tantrum after failing his shot on the 17th hole of the second round of the PGA Championship.

Hole 17, par3 yesterday was set by the Organizing Committee with a length of 223 yards. The penultimate “A” of the course – Ocean has a lake stretching from the beginning of the hole to the end of the green. It covers the right part of the pit area and two deep sand areas occupy the left side.

After entering the hole, Van Rooyen’s ball landed on the rough grass, bounced to the right and fell into the lake. Unable to contain his frustration, he twice hit the head of the iron on the tee marker. It only withstands the first hit and “booms” after the second. The weapon also flies to the head. 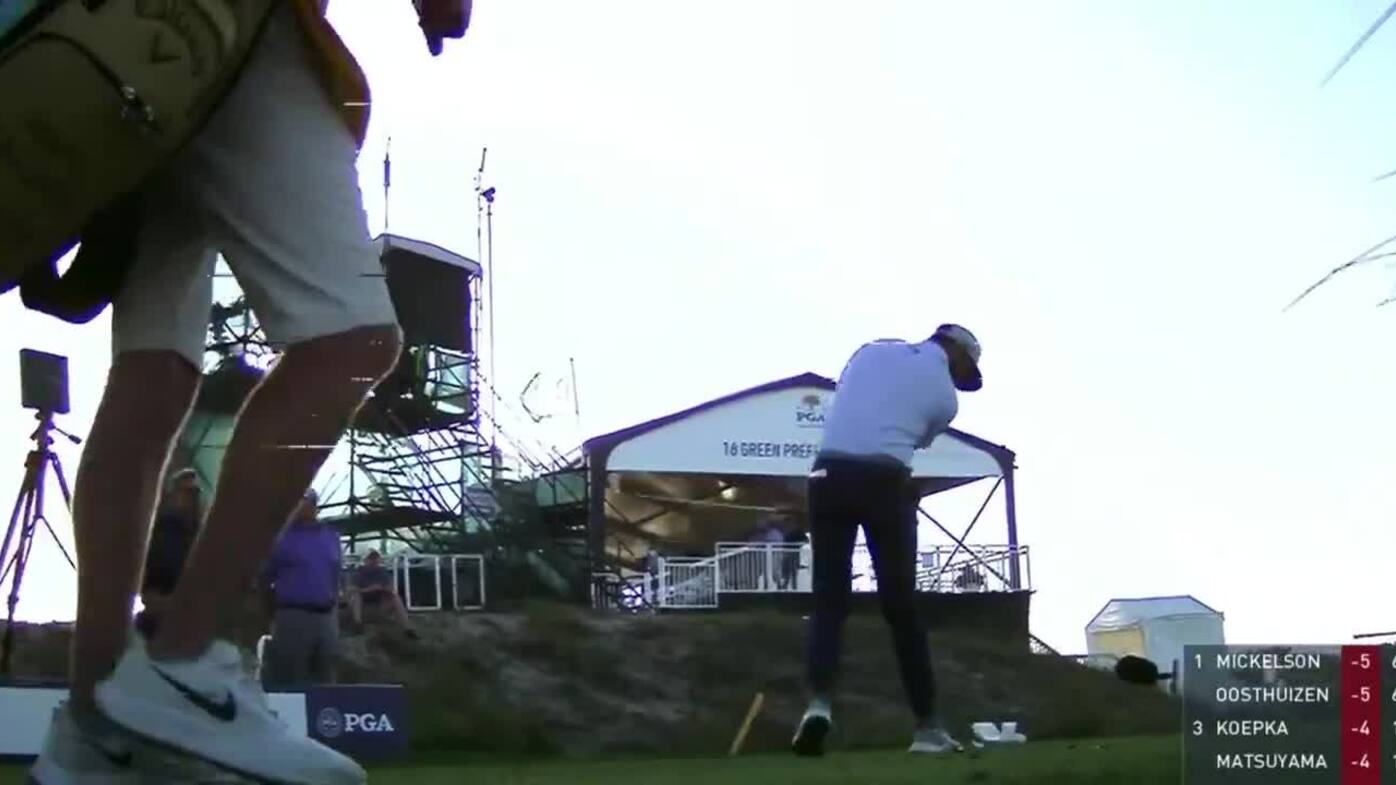 This swimming phase led to a triple bogey, leaving Van Rooyen out of the weekend. Because after 36 holes, the South African golfer scored +9 while the cut line was +5.

On the opening day of May 20, Van Rooyen scored even par on par72. The next day, he +2 after 13 holes. But the ability to cross the cut ends in the next four holes. In this segment, in addition to the triple bogey on hole 17, he has two bogeys and a double bogey.

Van Rooyen was born in 1990, turned professional in 2013 and just won a European Tour championship. He also attended the PGA Tour but most of his personal schedule is in the European arena.