Hitting 65 strokes in the second round of The Open on July 16, South African golfer Louis Oosthuizen set a record of 36 holes – 129 strokes at the major just in the 149th round.

In the first game, Oosthuizen hit 64, to the top of the table and one stroke away from T2 consisting of Jordan Spieth and Brian Harman.

Yesterday, Oosthuizen continued to hold the top spot thanks to an eagle, four birdies and a bogey – the first time in all 34 holes with an -11 score in two rounds. But this time, the South African golfer led by two strokes. Right behind him were Collin Morikawa (score -9) and Spieth (-8).

After the 14th hole ealge, Oosthuizen led three strokes and was about to break the top in at least three categories including: The Open 36-hole mixed record and the course record. End of hole 15 with par, Oosthuizen still has a chance.

In the “pass” of 16 par3, 149 yards long, the South African golfer played with a pitching wedge, but the ball got lost in the bunker, causing him to “over par” for the first time since the beginning of the tournament. It is also the bunker that made Thomas Bjorn lose the Claret Jug trophy in 2003 despite having a great advantage before.

By the end of the match, Oosthuizen, after paring both holes at the end of the round, became the new 36-hole The Open record. In this category, he hit 129, one less than Sir Nick Faldo at Muirfield in 1992 and Brandt Snedeker at Royal Lytham & St Annes in 2012.

“I just entered the scoreboard or I just broke the top. Every record at The Open is special. I think my personal form has been really good the last two days,” Oosthuizen said after the second round. But this stage, the golfer born in 1982 admitted that bogey at the 16th hole was a serious psychological mistake because “at that time my mind kept reeling, trying to hit even though my spirit was not ready”. 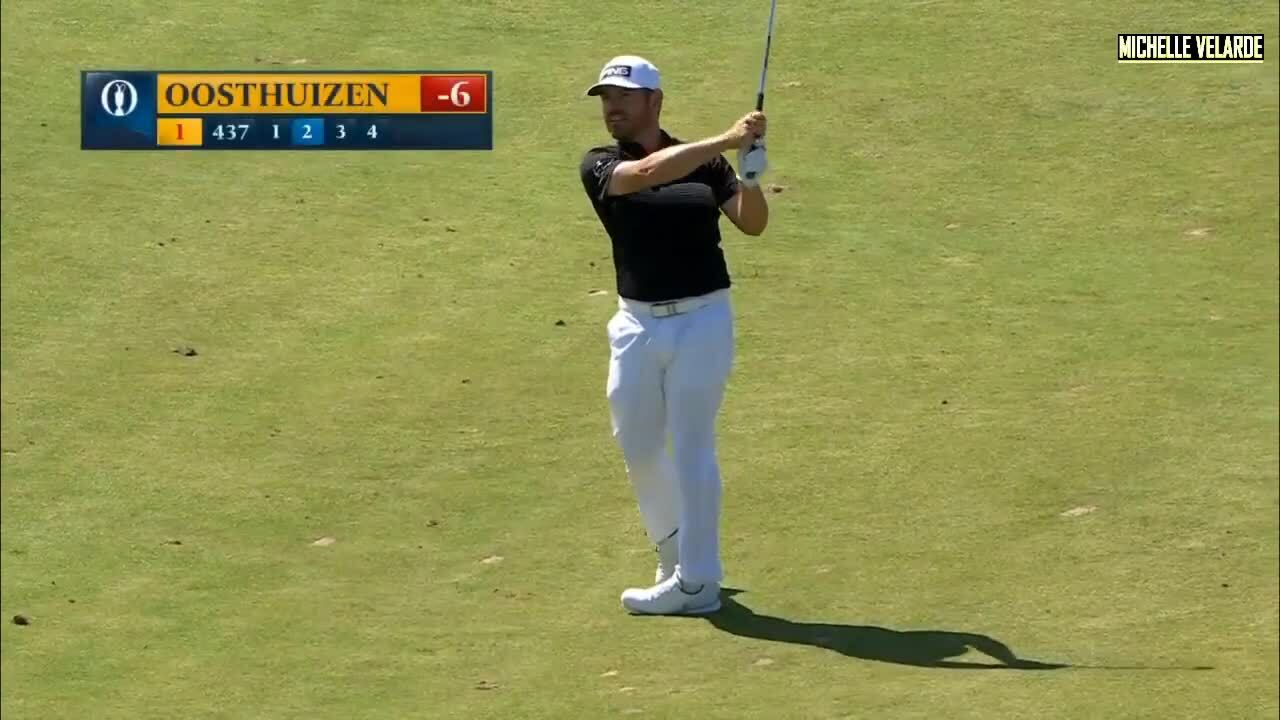 Oosthuizen won The Open in St. Andrews in 2010 and then six more runners-up at other major equal events, including recent two occasions including the PGA Championship – lost to Phil Mickelson in May, and the US Open – lost to Jon Rahm in June. In addition to the major, he has eight European Tour titles.

The Open is the oldest major, organized by Royal & Ancient (R&A) since 1860. This year’s tournament at Royal St. George’s par70 in Sandwich, UK with a bonus fund of 11.5 million USD.

This period recorded Morikawa, Jon Rahm and Emiliano Grillo with the deepest negatives in the second round – -6 with 64 strokes on par70. Morikawa in the morning bracket, topped the table after 36 holes at -9, then was overtaken by Oosthuizen in the afternoon bracket. Rahm fights with Oosthuizen’s group, jumping 62 steps to T12 (-5). Brooks Koepka also entered this group thanks to 66 strokes. In addition to Morikawa and Spieth who are in the top 3, The Open 2021 also has two US players in T4 (-7) including Dustin Johnson and Scottie Scheffler.

According to the current world golf rankings (OWGR), Johnson is first, Rahm is second, Morikawa is fourth and Koepka is four places away from his compatriot.