AmericaRealizing that Patricio Freire was gradually losing consciousness from the squeeze, AJ McKee asked the referee to stop the featherweight title match at the Bellator 263 event on August 1. 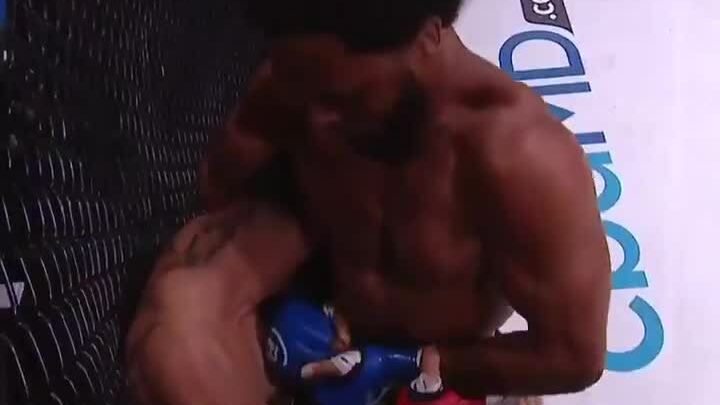 McKee dominated and closed the game in less than two minutes. The American boxer launched a high-precision kick to the head that made Freire stagger. McKee, then, pounced on for another arm combo that ended with a left shovel that sent the opponent to the floor.

The 26-year-old American fighter seemed to have won when he raised his hand to celebrate, but the referee still let the fight continue. Freire was able to get up, but he fell into McKee’s guillotine choke, and was powerless to get out.

Referee Beltran was out of sight and didn’t know Freire was slowly losing consciousness. It was only when McKee said “He’s done” that he intervened and the match at The Forum, California ended in 1 minute 57 seconds.

The victory helped McKee take the Bellator featherweight championship belt from his opponent, along with a prize of 1 million USD. He also raised his all-win record in professional MMA to 18. This is also McKee’s fourth consecutive victory by knock-out or submission.

“I said I was going to win in impressive style, and I did it at half-time,” McKee said after the game. “After the kick to the head, I threw a hook and felt like Freire had given up. I didn’t need to attack anymore. But then the referee said ‘Don’t stop until I tell you to stop’.”