JapanWorld number one Kento Momota shocked Heo Kwang-hee 15-21, 19-21 in the last match of Group A men’s singles badminton at the Olympics, on the evening of July 28.

On the day when rival No. 38 in the world Heo Kwang-hee played brilliantly, Momota failed to show his famously persistent defense. The Japanese number one seed is not responsive to his opponent’s smashes, and makes a lot of mistakes – especially on small misses. One such error cost him a point that decided the second set, thereby dropping the racket with the score 15-21, 19-21.

The defeat caused Momota to soon be eliminated. Heo Kwang-hee continued after two wins in Group A. The Korean player did not even have to play in the 1/8 round. The winners of Group A and Group P – the groups with first-seeded Momota and second-seeded Chou Tien Chen – will go straight to the quarterfinals. Chou Tien Chen, on July 28, struggled to beat Brian Yang (Canada) 21-18, 16-21, 22-20 to pass the group stage.

In the first Olympic participation, again as the golden hope of the host Japan, Momota could not overcome the pressure. He repeatedly failed in the first set, but still smiled to reassure the fans. But in the second set, after losing six points straight and leading 11-14, Momota could not hide his anxiety. Despite the 19-19 equalizer, Momota lost the last two points, both from indecision handling. 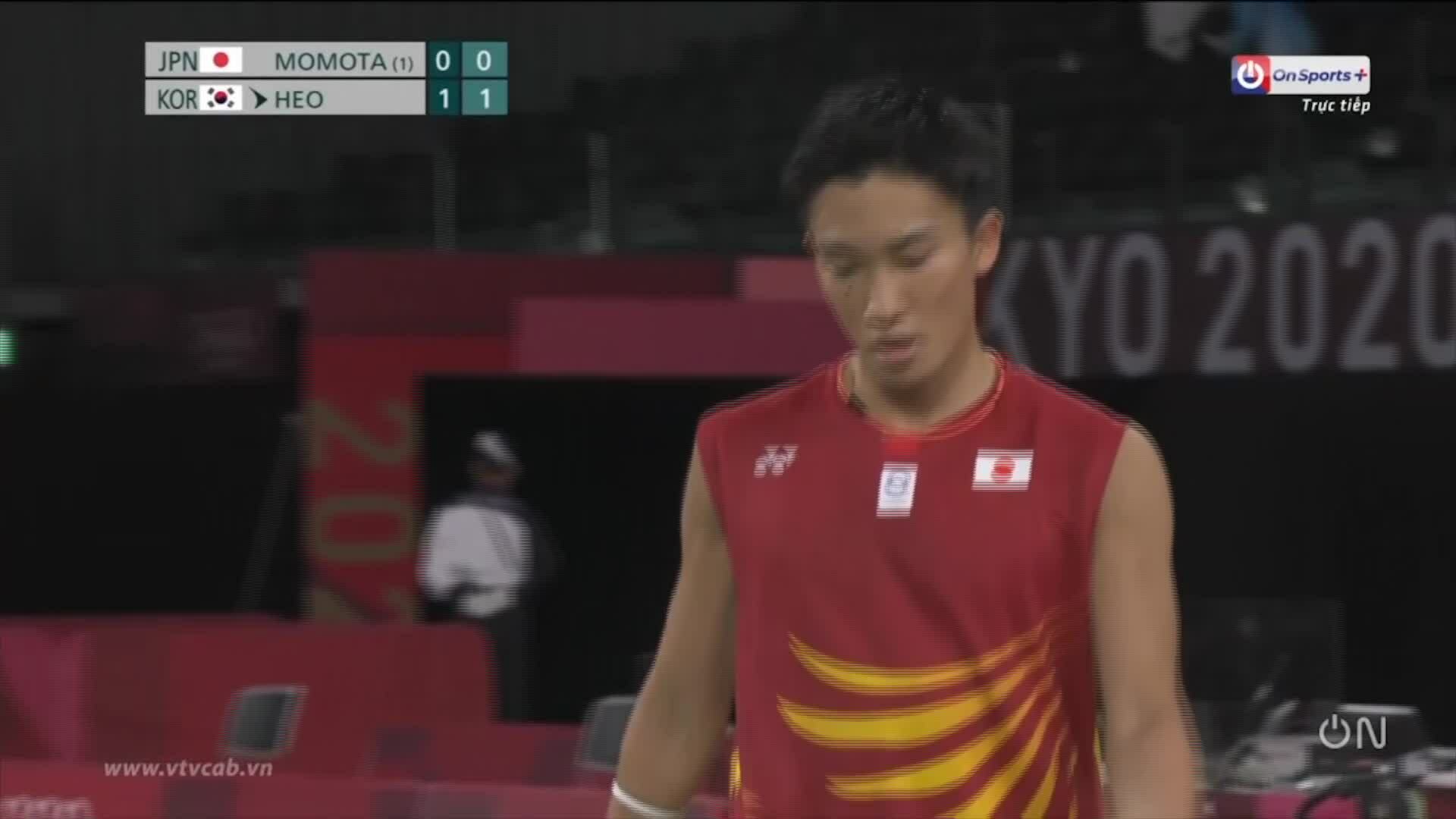 Momota’s career has many ups and downs, although he emerged early as the first Japanese player to win the World Youth Championship (2012). In 2016, Momota was banned for a year for illegal gambling, and was dropped from the Japanese squad for the Rio Olympics. Returning after the penalty, Momota was unbeaten in 39 consecutive matches from July 2017 to February 2018. He won the world championship in 2018, then set a record of 11 titles in 2019.

In early 2020, after winning the Masters in Malaysia, Kento Momota almost lost his life in a traffic accident on the way from Kuala Lumpur to the airport to return home. The van driver died, and Momota suffered multiple injuries. After a break from the competition, the performance of the number one tennis player in the world decreased somewhat. Many Japanese fans believe that the accident affected Momota’s reflexes and vision.