SingaporeEko Roni Saputra defeated Liu Peng Shuai with the fastest knockout in ONE Championship flyweight history at the ONE Battleground 2 event on the evening of August 13.

The match in Kallang, Singapore ended quickly. The two boxers did not defend, but rushed into the attack as soon as the match started. 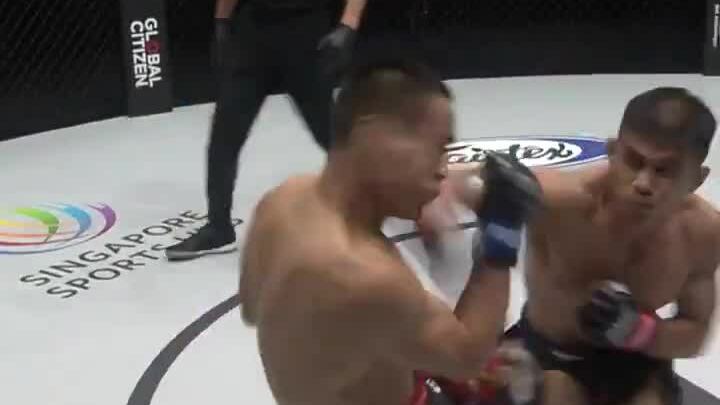 After two phases of hitting Peng Shuai in the face, Saputra approached and launched a heavy right hook that made the Chinese opponent fall to the floor. The referee immediately intervened, and the match ended after only ten seconds of the first round.

Beating Shuai in 10 seconds, Saputra set a record for the fastest knockout in ONE Championship flyweight history. Saputra had a fifth consecutive victory right from the first half, thereby marking a perfect comeback after nearly a year of not playing.

Saputra continues to thrive at ONE Championship, and aims to compete for the title against the two flyweight stars he has named before, Cambodian boxer Chan Rothana and Indian and Canadian rival Gurdarshan Mangat .

Saputra’s father was a boxing coach, so he started practicing this sport when he was only five years old. Saputra then turned to wrestling on the advice of her parents, and won several national championships. The boxer born in 1991 is undefeated in the ring in his hometown of Indonesia, and has won silver and bronze medals at the SEA Games in wrestling.

Success in the wrestling career prompted Saputra to try MMA. At the end of 2018, the Indonesian boxer joined Evolve Fight Team and moved to Singapore to pursue a new career. Here, he trains with many world champions with the goal of conquering the ONE Championship.