Zach Johnson was indirectly assisted by the audience through a new water bottle to keep par, then cut and then went to T7 after 54 Honda Classic holes of the PGA Tour.

In the second round on March 19, Johnson started from hole 1 of the par70 golf course of the PGA National golf complex, without bogey and a birdie across seven holes. To the 8 par4 hole, 427 yards long, he played 291 yards, hit the fairway. Although in front of the water trap, 140 yards from the green, but it is a convenient position to bounce the ball in. At that time, the crowd of spectators stood behind the pits.

Johnson swung a second swing and the ball darted at them. 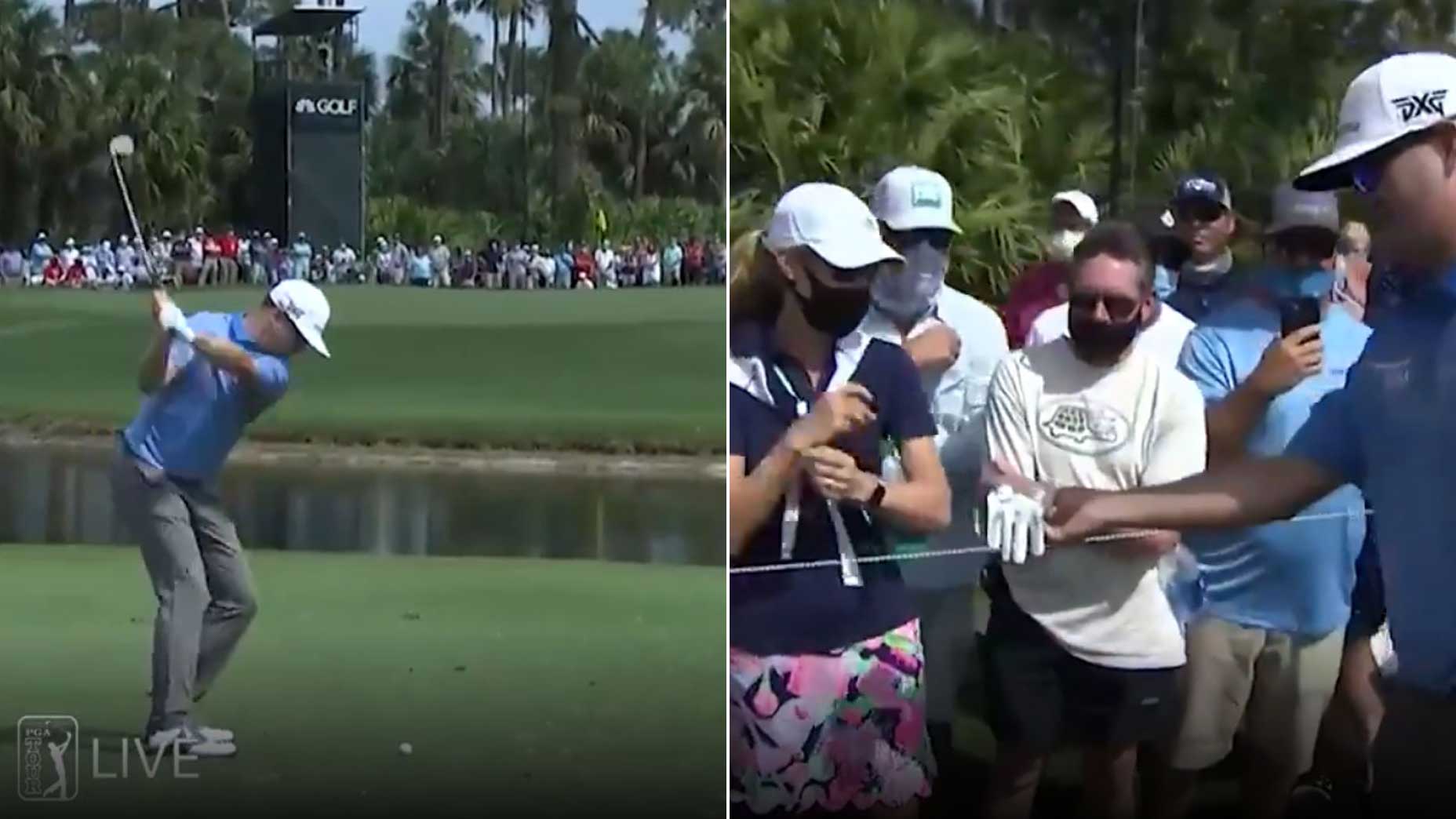 Zach Johnson escaped with a bottle of water from the audience

The ball line could have hurt someone or entered the dense grass if there were no people. However, it hit the water bottle in the hand of the female fan trying to avoid reflexively. After the “collision”, the ball hit the green, 18 meters from the hole. After visiting and giving her a souvenir glove, Johnson kept par after two swipes.

Without that element of luck, Johnson could have to chip back into the green, which is falling into the water trap. After hole 8, he added two birdies and a bogey and closed the round of 68 strokes, thus standing T10 with a score of -5. In the penultimate round of March 21, he still went to T7 even though he “broke even” with 70 strokes. At this time, the American player was five strokes less than the top of the table and in theory still contested for the title.

Johnson was born in 1976, has been in professional golf since 1998. After 16 years playing PGA Tour, he won 12 championships, including both Masters 2007 and The Open Championship 2015.