AmericaRyan Palmer used a putter instead of a specialized sand wedge to go from the bunker to the green on the 18th hole on August 28 – the third day of the BMW Championship on the PGA Tour. 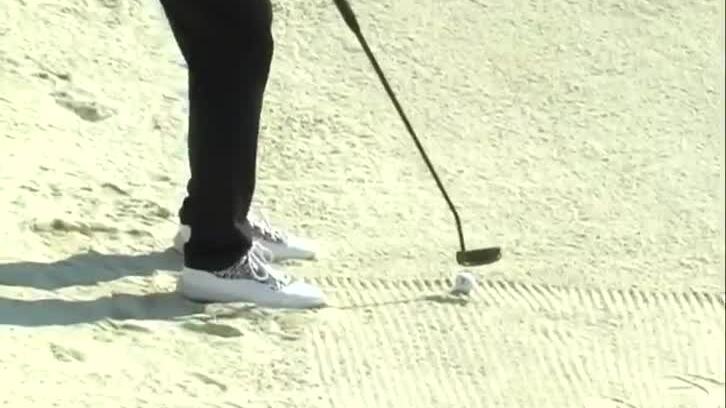 Before that, Palmer bogey on hole 16, double bogey on hole 17 and then get caught in a bunker in the second shot on hole 18. At this time, the PGA Tour recorded the ball nearly 11 meters from the hole.

After the tackle, the ball is three meters from the target. Palmer couldn’t keep par in the first putt so he bogey. It was the bogey that closed the second round of 72 strokes despite finishing in the penultimate stage yesterday. Because, Palmer was one of 15 players who were late due to bad weather and had to settle five holes backlog and enter the third round of the same day.

This match, the American golfer hit 69 strokes on a par72 course, in which he “fired up” in the first half of the round – an eagle and three birdies and then “lost his breath” for the rest with two bogeys. With this result, Palmer is 53rd with a score of -3 after 54 holes, 18 strokes from the top of the table. The player born in 1976 also had no entry to the Tour Championship because the tournament was only for the top 30 FedEx Cup points after the BMW Championship while he was 68th.

Palmer has turned pro since 2000, winning four PGA Tour titles, the most recent of which was paired with Jon Rahm at the 2018 Zurich Classic tag team.

At this week’s BMW Championship, Rahm was just as slow to the second round as Palmer. After three holes late, the Spanish golfer currently leading the world (OWGR table) took 66 but the next game 70 strokes dropped him five places to 8th with a score of -16.