Thanks to the eagle of the second round 18 hole on June 18, DeChambeau improved his chances of defending the major US Open championship taking place in San Diego.

DeChambeau started the match on June 17, hit 73 strokes at South Torrey Pines, par71 and finished T60 with a score of +2. With this position, he needs the deepest negative score possible to have the door to the US Open podium for two consecutive periods.

Yesterday, DeChambeau started from the back half, scored two bogeys through the first three holes, including the entry point – hole 10. However, the American golfer born in 1993 changed the situation by saving four strokes in the next six holes. followed by two birdies and an eagle on the 18th hole. This “hit”, DeChambeau hit 339 yards, hit the green on the second shot and finished with a 7.3-meter putt. 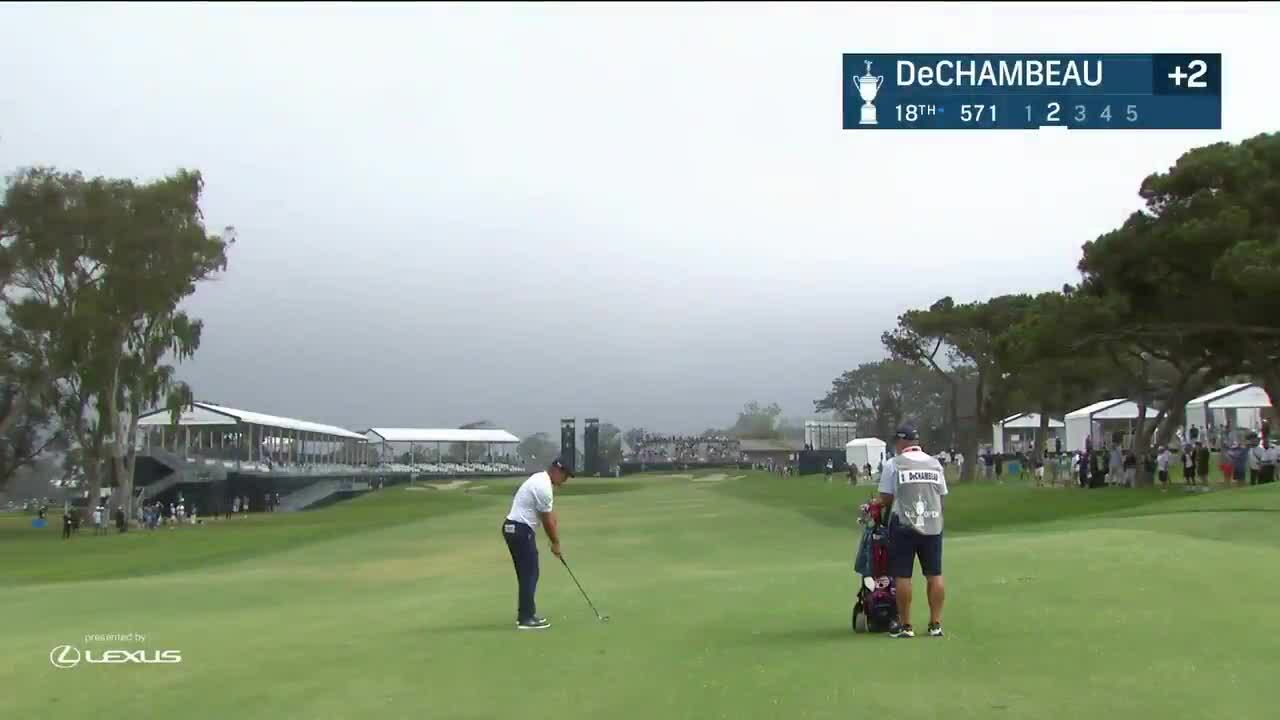 Halfway through, he considered breakeven – two birdies offset the bogey.

This leg, he reached 332.6 yards at two pegs, recorded by the Organizing Committee, the average distance of the first hole. The whole match, the American golfer hit eight of the 14 fairways, went to the green according to the 11-hole standard with 27 putts.

And after 36 holes, DeChambeau jumped 47 steps to T13 with a score of -2, three strokes from the top of the table. The first place is in a duel – T1 consists of Russell Henley and Richard Bland. Henley held the top from opening day, maintaining the position with 70 strokes the next day.

After two consecutive days of negative scores, 70-67 strokes respectively, Bland entered the tournament record library in the category of “the oldest golfer holding the top of the 36-hole table”. Bland was born in 1973, after 478 events spanning 25 years to win the European Tour for the first time – at the British Masters on May 15.

After the second day, the 121st US Open recorded seven American players in the top 10, five international representatives including Bland from England at the top of the table, South Africa, Spain, Canada, Italy. The world’s number one native golfer Dustin Johnson is at T30, seven strokes from Bland and Henley.