Infected with nCoV, Jon Rahm could not continue to defend the Memorial Tournament title despite being in an overwhelming position after 54 holes – monopolizing the top of the table at -18 with a difference of six strokes.

The Spanish golfer received the test results on June 5, right after finishing the penultimate match with 64 strokes on the par72 course designed by the great golfer Jack Nicklaus. It was also the top round performance since the opening day of the PGA Tour event with a $9.3 million prize pool in Muirfield Village in Dublin, Ohio.

Upon hearing the news, Rahm fell to his knees for a moment, wiped his eyes, and then stood up to leave the 18th hole in the applause of the audience. 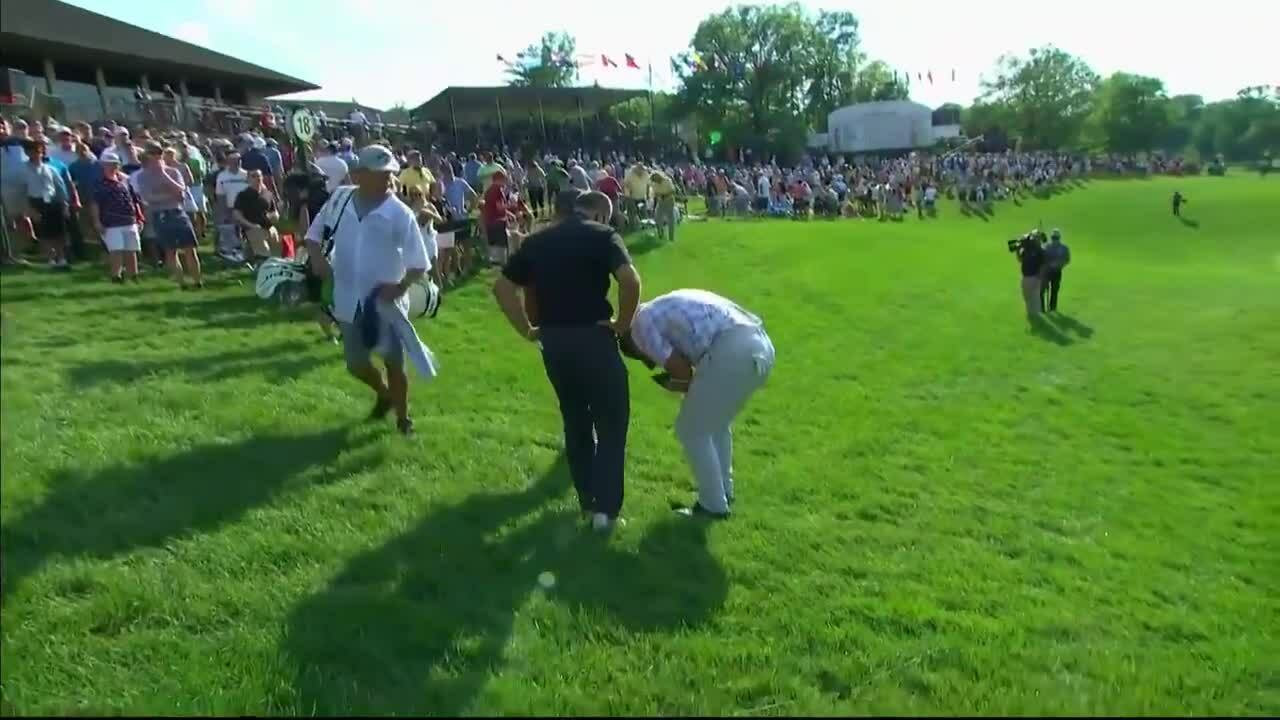 A written statement from the PGA Tour said that the governing body on May 31 announced Rahm to be under observation because of close contact with a previous positive case. According to the epidemic prevention regulations in this arena, Rahm is allowed to compete in the Memorial Tournament, but must follow the tracing procedures, including daily testing and not be allowed to enter the indoor facilities at the competition venue.

The Spanish golfer, since the beginning of this week, has tested negative five times over five times and is typically asymptomatic. Yesterday, after finishing the unfinished part of the second match due to bad weather the previous day, Rahm was screened again to enter the third match. This time, the player born in 1994 was positive. The result came when Rahm was on the field. The PGA Tour medical professional ordered a confirmatory test based on the original sample, but “the answer is still positive”.

“I am extremely disappointed to have to leave Memorial. This is a normal part of life. I am healthy, will comply with the epidemic regulations and can’t wait to watch the two-horse race to the Memorial podium,” Rahm said.

As Rahm withdrew, Collin Morikawa and Patrick Cantlay split the top of the table at -12. After them, only three heavyweights showed through their achievements, including Branden Grace and Scottie Scheffler in T3 (points -9) and Max Homa in fifth (-6).

Cantlay and Scheffler played the penultimate round with Rahm and Morikawa shared the first two stages.

“It’s too bad that they give Rahm bad news in front of the camera like that,” said Scheffler.

Morikawa, Cantlay and Scheffler’s ability to be traced is not clear at this time because the PGA Tour needs to “interview” all three more before making a decision. Last August, Covid-19 forced Grace to quit the Barracuda Championship when she finished T2 after 36 holes.

Rahm is isolated until the end of June 15. With this deadline, Rahm may have to miss the major US Open that starts two days later. The PGA Tour has gone through 50 events since reopening the arena, back in June 2020. To date, they have recorded four positive cases in the tournament, including Rahm.

He has been playing professionally since 2016, to date, winning five PGA Tour championships, six European Tour Cups and four cumulative weeks at the top of the world professional men’s golf rankings (OWGR).