ScotlandA seagull suddenly appeared, grabbed the ball that had just landed on the fairway on the closing day of the women’s major on Carnoustie, par71 on August 22.

The robbery happened on hole 1, and Swedish golfer Madelene Sagstrom was the “victim”. At that time, she was in the penultimate close group, having just played down the fairway on the first hole of the last round. The ball had just settled on the grass when the seagull appeared, unknown from where.

After looking at it for a while, it used its beak to grab the ball, but it still fell after more than 10 pecks. Reporter Kay Cockerill on the scene estimated the seagull moved Sagstrom’s ball about 25 yards (1 yard or 0.9 meters). 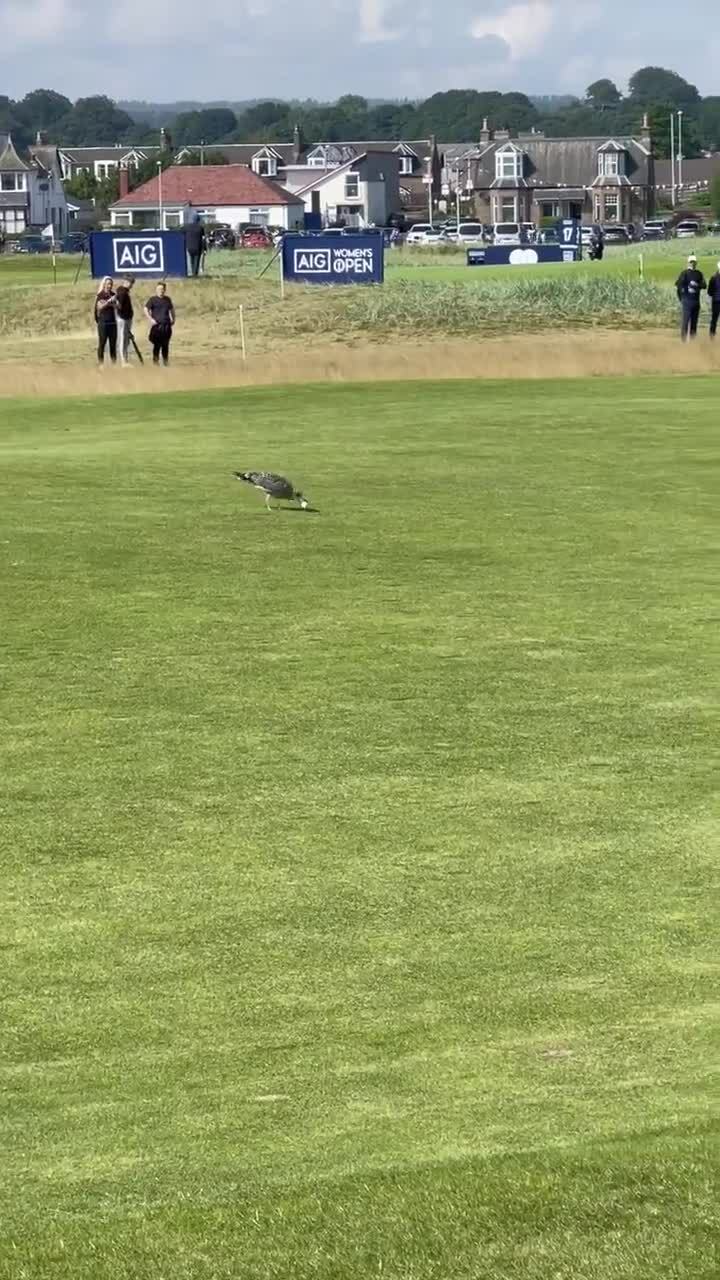 Because the ball was in play and lost its original position, Sagstrom had to consult the referee to handle the situation legally.

Finally, she was allowed to place the ball near the original position according to her sensory judgment and with the consent of the referee, the same team player and the tournament supervisor. After that, Sagstrom kept par on hole 1. She finished T2 with -11 points, receiving $ 409,135 and the championship and $ 870,000 went to compatriot Anna Nordqvist at -12 points.

Sagstrom was born in 1992, played professionally since 2015, and won the first time last year after five years on the LPGA Tour. After the recent Women’s Open, she rose 31 places to 46th in the world professional women’s golf rankings (Rolex Rankings).